A tweet is a status message on Twitter that can be up to 280 characters long. Tweets used to be limited to 140 characters, but this number was increased to 280 in September 2017. Due to limited space for text, URLs for use in tweets are typically shortened with a URL shortener. 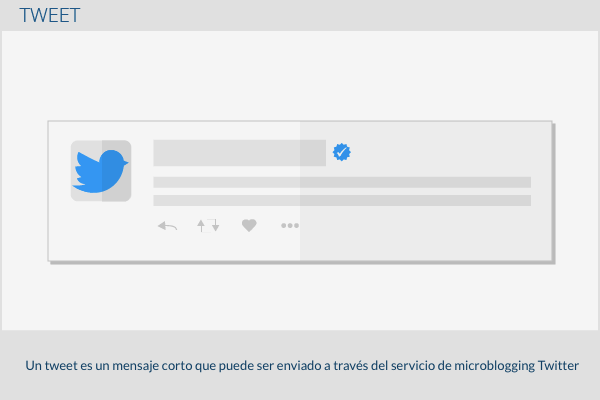 Users who are interested in the tweets of other people or companies can become your followers or followers. These tweets are those that are shown in the news feed of the follower, and ordered chronologically according to their current status. Consequently, the more followers a Twitter account has, the more people will read its tweets. Each user can freely choose whether all users or only certain groups of people can see the tweets.

In the third quarter of 2013, Twitter registered around 232 million active users and more than 500 million daily tweets globally. [1]

According to a survey, it is feasible to make the most of tweets in such a way that click-through rates can be increased or improved. For this, the following design options are considered:

Tweets are included in the Google index and thus very important for SEO. The so-called social signals, for example the frequency of mentioning a web portal in tweets, are increasingly important for the ranking of a web. Social signals are an important ranking factor for Google since they are difficult to manipulate; Even when you can buy Twitter followers, it is difficult to encourage them to recommend a company or web portal directly. In this YouTube video, Matt Cutts explains to what extent tweets can be relevant to the ranking of a web portal, on the question «Does Google use data from social networks for positioning? To ensure that your own activities on Twitter are better perceived, some optimization work can be carried out: