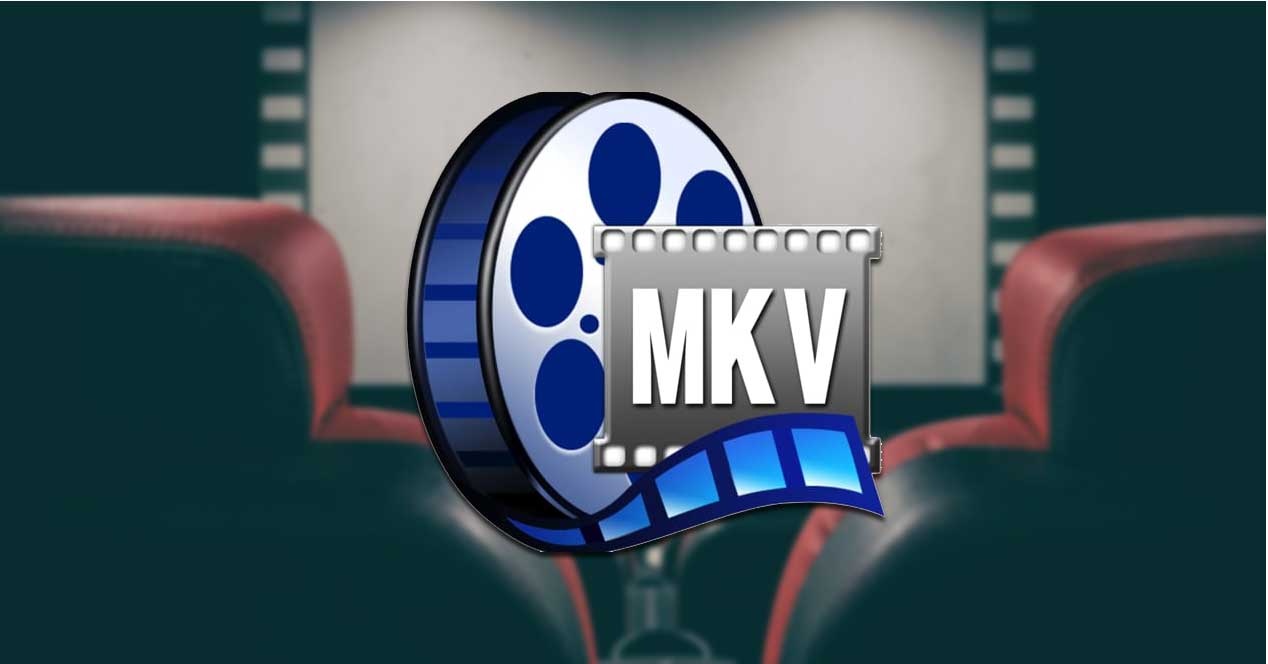 Choose the MKV video player that interests you the most

What is MKV and why is it so popular?

MKV is short for Matroska, an open source file format, capable of containing multiple elements such as video tracks, images or subtitles in a single file. Thanks to its ability to reproduce all kinds of content on High Definition It has become the most popular format and thus has better codec support than other video formats, allowing it to be played on compatible devices such as computers, televisions, or DVD or Blu-ray players.

Therefore, and taking into account that users in general are increasingly looking for higher quality in videos, this format is gradually reaching the whole world. But despite all this, not all media players support working with MKV without compatibility issues. So now we are going to show you a series of interesting proposals in this regard that will be very useful if necessary.

This multimedia player is characterized by its ability to play content up to the resolution 4K and 5K, being compatible with the format MKV. At the same time, at the same time it allows you to play other popular video and music files such as MP4, AVI, MP3, AVI among others and supports subtitles (srt, sub, ass, etc.). At the same time, it will allow us to perform other functions such as converting online video files to AAC or MP3 files, as well as sharing content wirelessly since it is compatible with Apple AirPlay and DLNA. 5K Player is a free player and is translated into Spanish, being compatible with Windows and Mac OS computers. 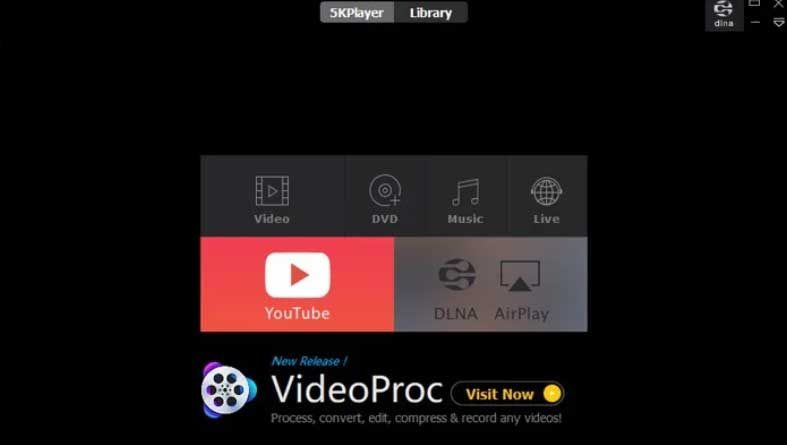 It is an audio and video player with which you can enjoy music and movies in almost any format since it has a wide compatibility including files. MKV to enjoy high definition videos. At the same time you have a player with slow motion and allows the ability to open URLs, create playlists, or change audio tracks. At the same time, we can play videos from different streaming platforms such as Coursera or YouTube. Its interface is very simple and intuitive so its use is suitable for all types of users. SPlayer can be to download on their website. 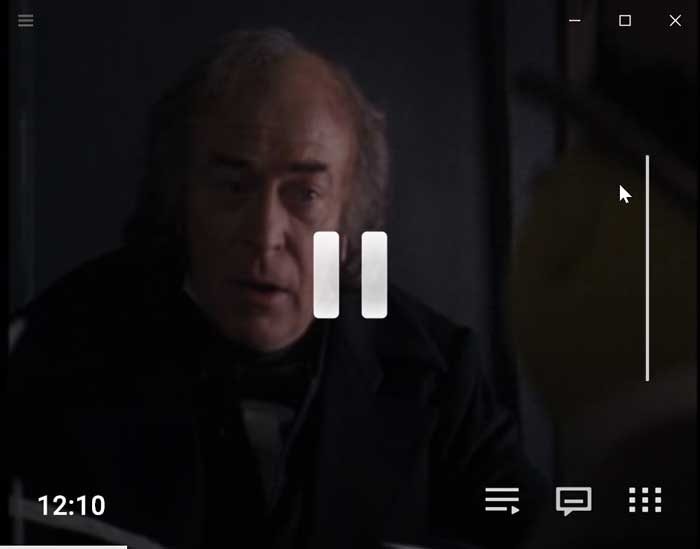 It is without a doubt the most popular media player, used by millions of people around the world. It is compatible with a large number of audio and video formats, among which are MKV, while allowing the playback of subtitles. At the same time it is compatible with DVD, CD and VCD. VLC Media Player is cross-platform, so we can use them on Windows, Mac OS and Linux computers and at the same time, it is absolutely free not including any type of advertising. At the same time, it allows you to add skins and add extensions to make it as complete as possible. 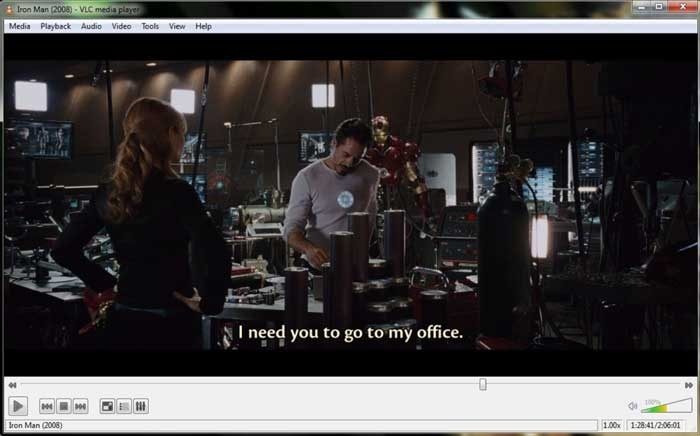 It is a multiplatform media player released under the GPL license. Supports a large number of formats such as MKV, AVI, MPEG, VOB, among others. At the same time it plays all kinds of subtitles, supporting up to 14 different formats. MPlayer is characterized by the absence of an interface, which is a very convenient way to control all the program's options in an easy way, in order to enjoy the importance of multimedia playback. It is a free 100% player that we can download from its official website. 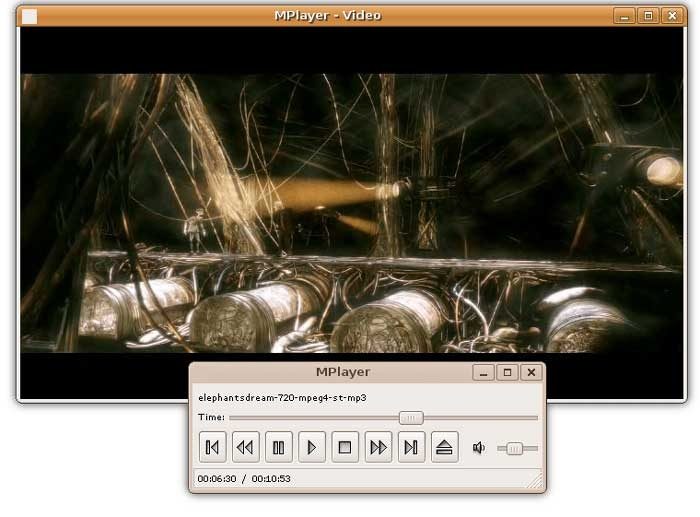 This is a free multimedia player for Windows, formerly known as CMPlayer, which has a simple and minimalist interface. Supports a large number of formats, including MKV to play all kinds of content in high definition. It has hardware accelerated decoding via GPU. Bomi Player can at the same time generate a playlist based on the file name. At the same time, the last played playlist is saved and restored automatically at startup. You can download it from their website. 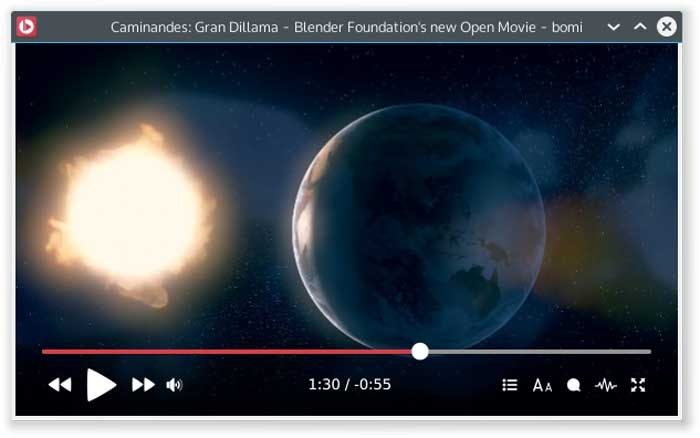 We are facing an audio and video player for Windows, with some interesting features, such as its compatibility with files. MKV so that we can enjoy high definition videos 4K and 8K and even 3D. It has a large number of codecs built in, so there is no need to install them separately. At the same time it supports subtitles and enables online streaming via URL. At the same time, it has a useful tool that will allow us to take screenshots of the videos. As if that were not enough, KMPlayer has no cost, it is in perfect Spanish and can be downloaded from your Web page. 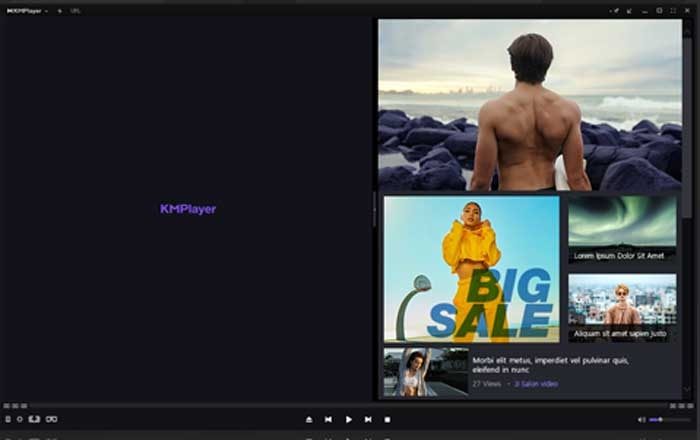 It is a multimedia player for Windows and Mac OS capable of playing files. MKV, as well as other popular formats such as AVI, MP4, FLV, among others. It is characterized by the ability to read certain files half broken, while also finding the missing codecs through a codec finder. At the same time it enables 360 degree video playback and can even be used as a YouTube video player. GOM Player is freeIt has been translated into Spanish and can be downloaded from its official website. 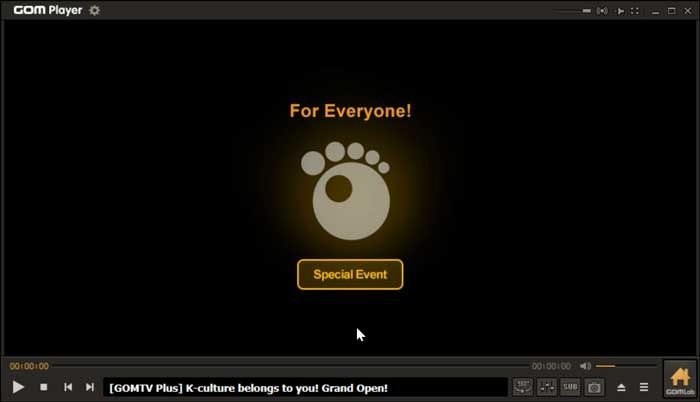 It is one of the most popular media players for Windows and Mac OS. With this powerful player, we can create and play our favorite videos, being compatible with popular formats such as MKV, AVI and HEVC up to 4K. DivX Player's media library keeps track of all of our videos, allowing us to create, play, and repeat a playlist, as well as automatically add files to our DivX Movies folder. Can download free from their website. At the same time it has a Pro version, with more functions for 16.99 euros. 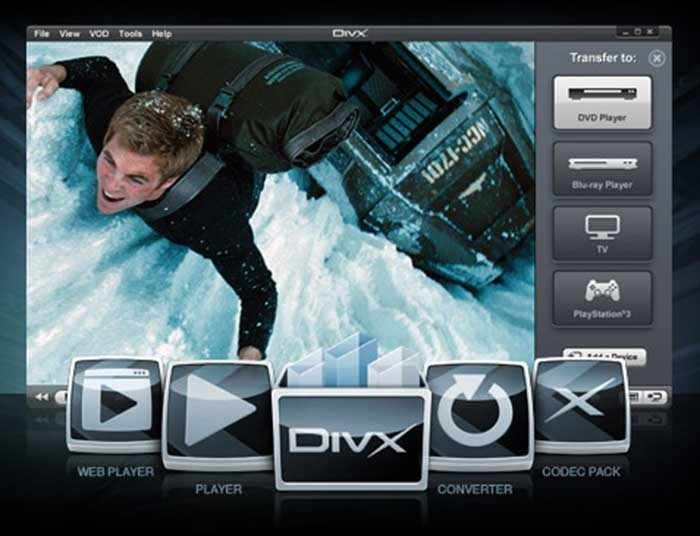 It is a video player light and minimalist with which we can play all kinds of video files (MKV, AVI, MPEG, DIVX, etc.), audio (MP3, MP2, WAV, etc.), as well as subtitles (SMI, SRT, SUB). At the same time it allows you to play optical discs such as CDs and DVDs. It is distinguished by a simple and ingenious interface, makes its functions easy to understand, suitable for all types of users. You can download JetVideo for free on their website. 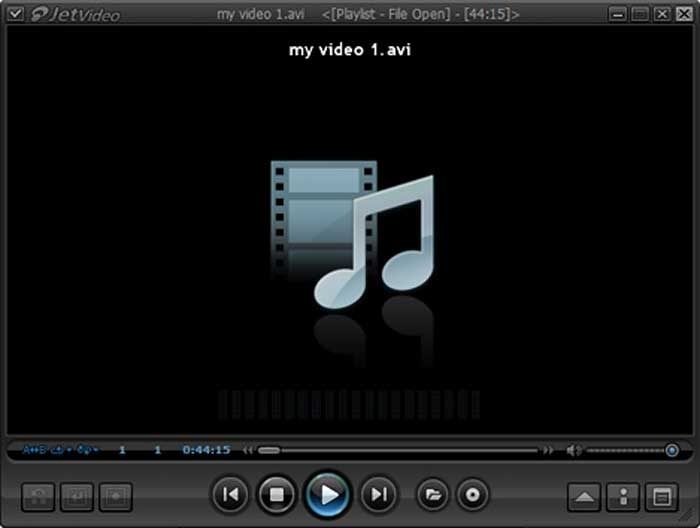 This is an interesting proposal that at the same time focuses on the reproduction of video content, where we include the MKVs that interest us here. First of all, it is important to know that it has been with us for a good number of years and at the same time it is known by the abbreviation of MPC-HC. Well, we are referring specifically to a proposal that over the years has evolved a lot thanks to the experience of its developers. At the moment, you could say that this is one of the most popular and used players of this type.

We are talking about a free and open source multimedia player, capable of working with both video and audio files. Over the years, its compatibility has increased and at the moment it is already compatible with the coveted MKV that interests us here. At the same time from the software, we can work with AVI, MPEG, MP4, QuickTime, Real Media, etc. 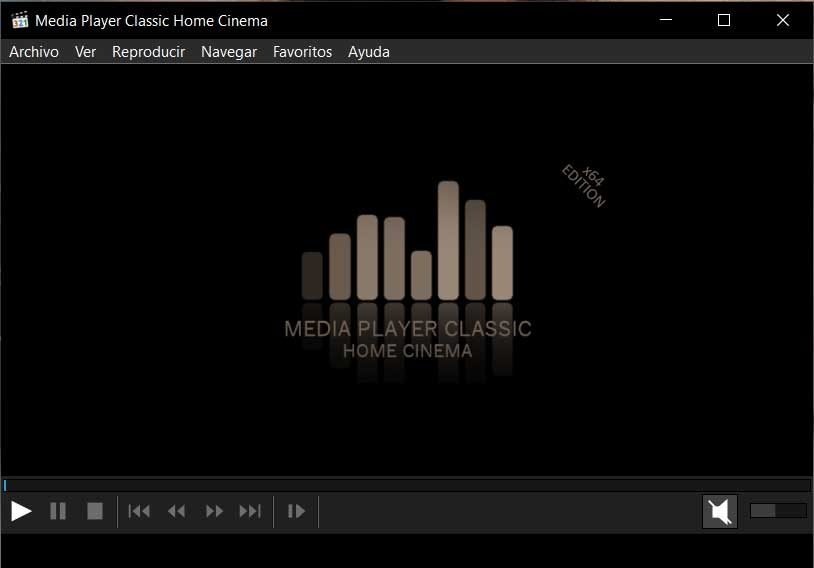 At the same time, for the moment, it already presents you with some interesting additional features, such as the ability to configure its interface with an attractive dark mode. This will help us if we have to use the reader in low light environments, which is quite common. Additionally, and how could it be otherwise, we can drag the content directly to its UI, or add Subtitle to videos. 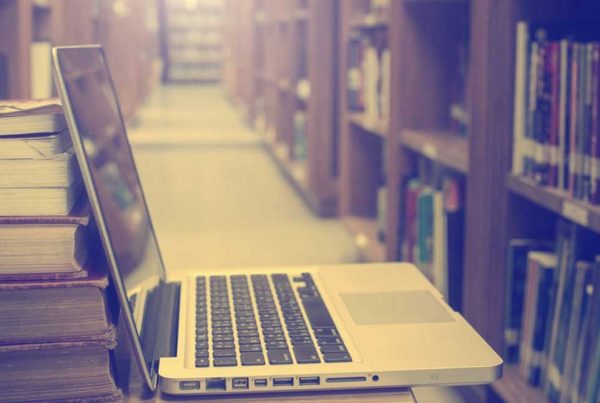 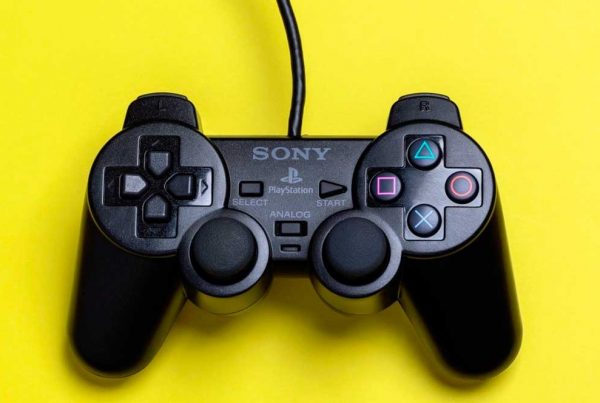 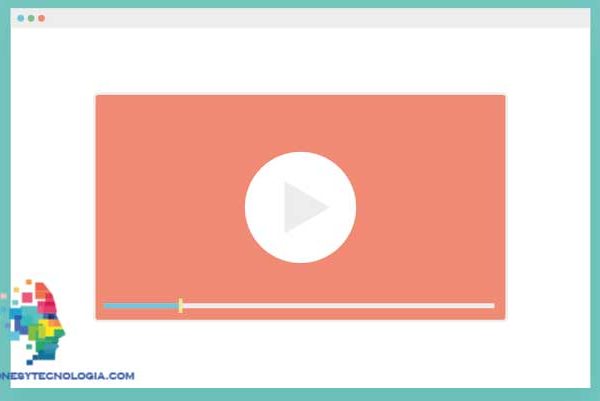