Lighthouse is an automated website auditing tool that
helps developers with opportunities and diagnostics to improve the user experience of their sites.
It’s available in Chrome DevTools, npm (as a Node module and a CLI), or as a browser extension (in
Chrome and
Firefox). It powers many Google
services, including web.dev/measure and PageSpeed
Insights.

Lighthouse 6.0 is available immediately on npm and in Chrome
Canary. Other Google services that leverage Lighthouse will
get the update by the end of the month. It will land in Chrome Stable in Chrome 84 (mid-July).

To try the Lighthouse Node CLI, use the following commands:

This version of Lighthouse comes with a large number of changes that are
listed in the 6.0 changelog. We’ll cover
the highlights in this article.

Largest Contentful Paint (LCP) is a measurement of perceived loading
experience. It marks the point during page load when the primary–or “largest”–content has loaded and
is visible to the user. LCP is an important complement to First Contentful Paint (FCP) which only
captures the very beginning of the loading experience. LCP provides a signal to developers about how
quickly a user is actually able to see the content of a page. An LCP score below 2.5 seconds is
considered ‘Good.’

For more information, watch this deep-dive on LCP by Paul Irish.

Cumulative Layout Shift (CLS) is a measurement of visual stability. It
quantifies how much a page’s content visually shifts around. A low CLS score is a signal to
developers that their users aren’t experiencing undue content shifts; a CLS score below 0.10 is
considered ‘Good.’

CLS in a lab environment is measured through the end of page load. Whereas in the field, you can
measure CLS up to the first user interaction or including all user input.

For more information, watch this deep-dive on CLS by Annie Sullivan.

Total Blocking Time (TBT) quantifies load responsiveness, measuring the
total amount of time when the main thread was blocked long enough to prevent input responsiveness.
TBT measures the total amount of time between First Contentful Paint (FCP) and Time to Interactive
(TTI). It is a companion metric to TTI and it brings more nuance to quantifying main thread activity
that blocks a user’s ability to interact with your page.

While three new metrics have been added, three old ones have been removed: First Meaningful Paint,
First CPU Idle, and Max Potential FID. The weights of remaining metrics have been modified to
emphasize main thread interactivity and layout predictability.

For comparison, here is version 5 scoring:

Some highlights of scoring changes between Lighthouse versions 5 and 6:

How do these changes affect the scores of real sites? We have published an
analysis
of the score changes using two datasets: a general set of
sites and a
set of static sites
built with Eleventy. In summary, ~20% of sites see noticeably higher
scores, ~30% have hardly any change, and ~50% see a decrease of at least five points.

The score changes can be broken down into three primary components:

Score weight changes and the introduction of three new metrics drove a majority of overall score
changes. New metrics that developers have yet to optimize for carry significant weight in the version 6
performance score. While the average performance score of the test corpus in version 5 was around 50, the average scores on the new Total Blocking Time and Largest Contentful Paint metrics were around 30. Together those two metrics account for 50% of the weight in the Lighthouse version 6 performance score, so naturally a large percentage of sites saw decreases.

Bug fixes to the underlying metric computation can result in different scores. This affects
relatively few sites but can have sizable impact in certain situations. Overall, about 8% of sites
experienced a score improvement due to metric implementation changes and about 4% of sites saw a score
decrease due to metric implementation changes. Approximately 88% of sites were unaffected by these fixes.

We’ve published a scoring calculator to help
you explore performance scoring. The calculator also gives you a comparison between Lighthouse version 5 and
6 scores. When you run an audit with Lighthouse 6.0, the report comes with a link to the calculator
with your results populated.

We are leveraging DevTools code
coverage in a new audit: Unused
JavaScript.

This audit isn’t entirely new: it was added in
mid-2017, but
because of the performance overhead it was disabled by default to keep the Lighthouse as fast as
possible. Collecting this coverage data is far more efficient now, so we feel comfortable enabling
it by default.

Maskable icons is a new icon format that makes icons for your PWA
look great across all types of devices. To help your PWA look as good as possible, we’ve introduced
a new audit to check if your manifest.json supports this new format.

The meta charset element declares what character encoding should be used
to interpret an HTML document. If this element is missing, or if it is declared late in the
document, browsers employ a number of heuristics to guess which encoding should be used. If a
browser guesses incorrectly, and a late meta charset element is found, the parser generally throws
out all the work done so far and starts over, leading to poor experiences for the user. This new
audit verifies the page has a valid character encoding and it’s defined early and up front.

At CDS last November
we announced Lighthouse CI, the open source Node
CLI and server that tracks Lighthouse results on every commit in your continuous integration
pipeline, and we’ve come a long way since the alpha release. Lighthouse CI now has support
for numerous CI providers including Travis, Circle, GitLab, and Github Actions. Ready-to-deploy
docker images make setup a
breeze, and a comprehensive dashboard redesign now reveals trends across every category and metric
in Lighthouse for detailed analysis.

Start using Lighthouse CI on your project today by following our
getting started guide.

Depending on your DevTools window size, the panel is probably behind the » button. You can drag
the tab to change the order.

To quickly reveal the panel with the Command
menu:

Lighthouse follows a mobile-first mindset. Performance problems are more apparent under typical
mobile conditions, but developers often don’t test in these conditions. This is why the default
configuration in Lighthouse applies mobile emulation. The emulation consists of:

Since the beginning, Lighthouse has used Nexus 5X as its reference device. In recent years, most
performance engineers have been using Moto G4 for testing purposes. Now Lighthouse is following suit
and has changed its reference device to Moto G4. In practice, this change is not very noticeable,
but here are all the changes detectable by a webpage:

As of Chrome 81, Moto G4 is also available in the Chrome DevTools device emulation list.

The
Chrome extension for Lighthouse
has been a convenient way to run Lighthouse locally. Unfortunately, it was complicated to support.
We felt that because the Chrome DevTools Lighthouse panel is a better experience (the report
integrates with other panels), we could reduce our engineering overhead by simplifying the Chrome
extension.

Instead of running Lighthouse locally, the extension now uses the PageSpeed Insights
API. We recognize that this will
not be a sufficient replacement for some of our users. These are the key differences:

The good news is that simplifying the product story allowed us to focus on other engineering
problems. As a result, we released the Lighthouse Firefox
extension!

Lighthouse 5.0 introduced performance budgets which
supported adding thresholds for
how much of each resource type
(such as scripts, images, or css) a page can serve.

Lighthouse 6.0 adds
support for budgeting metrics,
so now you can set thresholds for specific metrics such as FCP. For now, budgets are only available
to the Node CLI and Lighthouse CI.

Some of the issues that Lighthouse finds about a page can be traced back to a specific line of
source code and the report will state the exact file and line that’s relevant. To make this easy to
explore in DevTools, clicking on the locations specified in the report will open the relevant files
in the Sources panel.

Lighthouse has begun experimenting with collecting source maps to power new features, such as:

These features will be enabled by default in a future version of Lighthouse. For now, you can view
Lighthouse’s experimental audits with the following CLI flag:

We thank you for using Lighthouse and providing feedback. Your feedback helps us improve Lighthouse
and we hope Lighthouse 6.0 will make it easier for you to improve the performance of your
websites.

What can you do next?

We’re passionate about the web and we love working with the developer community to build tooling to
help improve the web. Lighthouse is an open source project and we extend a huge thanks to all the
contributors helping out with everything from typo fixes to documentation refactors to brand new
audits.
Interested in contributing?
Swing by the Lighthouse GitHub repo. 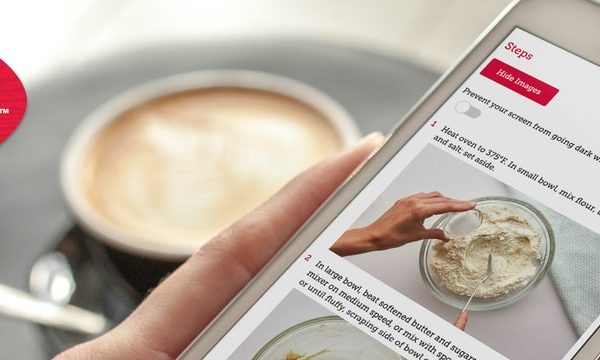 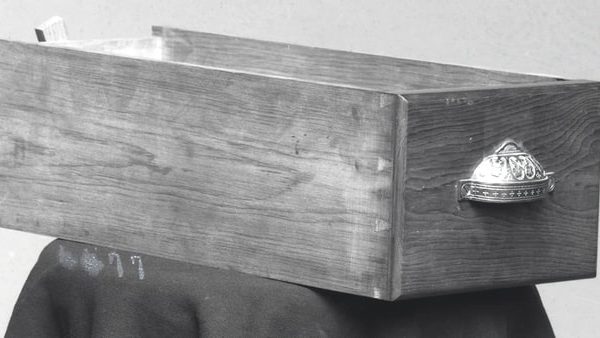