The scope of trade promotion It is established as the maximum number of people who have contact with an advertising message. The term was used in precedence for the scope of newspapers but today it is a common definition also in the online field.

The rank is a way to measure the success of the commercial promotion and to know if the content is interesting for the readers and for the target audience (Targeting). For example, before launching an ad in a newspaper, it is very useful to know what the reach of that newspaper could be with respect to the target audience of your ad. 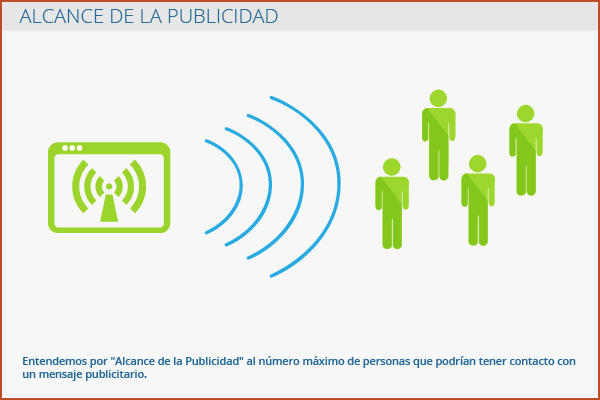 It is the total number of all users who have access to a communication medium, a newspaper for example. Without paying attention to the exact number of people who use it in the end.

Represents the number of people who use the communication medium.

To establish the quality of the scope, the net scope is considered. For example:

An advertiser runs their ad for vegetarian "meat" and substitutes for animal products in the newspaper. The newspaper is sold 50,000 times but only 10% of the readers are vegetarian. In this way, the qualitative gross reach is only 5,000 people.

Despite the fact that the printing industry has been declining considerably over time, almost 70% of Germans still read the newspaper, especially national news. At the same time, newspapers have developed and offer their material also through the network to increase the reach among readers.

Facebook, Google+ and other social networks offer advertisers the opportunity to expand their advertising messages. The more friends a user has and the more pages they are following, the more advertisements they will receive through de Facebook newsfeed. Facebook selects by means of a special algorithm which articles are the most relevant to the user and displays them. This dynamic of selective commercial promotion increases the chances that the ad will truly be interesting for the user and, in this way, generate an impact. Apart from this, those ads that are not considered relevant and that do not get the user to select them are eliminated and lose their position.

More and more users are trying to increase the scope of their commercial promotion through the following measures:

The scope of trade promotion In Online Marketing it is easier to identify than, for example, the reach of a newspaper.

A person buys a newspaper but the advertiser does not know whether the buyer has simply read the newspaper or which pages he has read.

In online commercial promotion, a more sophisticated analysis with monitoring tools that collect information about the pages that the user has visited and their behavior on the network.

The method CPM It is used to calculate the cost of the online commercial promotion. This is the most common method of reviewing the costs associated with an advertising campaign on the Internet. CPM calculates precisely how much an advertiser should pay for every 1,000 user impressions (searches) of your ad.