ASO comes from the acronyms of the words Application Store Optimization and means Optimization of Positioning in app stores. The ASO positioning It contemplates measures aimed at increasing the number of app downloads through Google Play, the Apple App Store or any portal that offers apps for mobile phones and tablets. The ASO positioning helps increase the popularity of an application and improve the branding. In 2012, Sarah Perez defined ASO as “the new SEO” on the Techcrunch blog.

With increasing competition between Apple iOS and Google Android, the number of apps has increased considerably since 2009. At the moment there are more than 1 Million apps in the Play Store and the App Store, and many other Microsoft apps for phones Windows and Blackberry. In total there are more than 2.5 million apps available worldwide. In this context, an application can very easily get lost in the crowd and go unnoticed by the public. 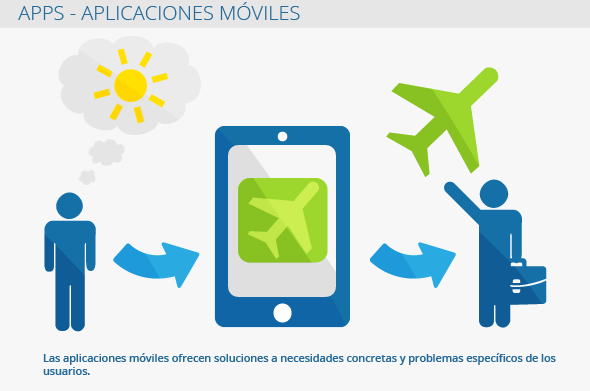 Companies that have their own application should promote it in as many channels as possible. Some companies, such as Yell, use radio and television commercials to advertise their apps. Companies can also promote their application on their web portal, in their newsletter or in the confirmation of an order, etc. Apart from this, we must not forget that the "password" is the most effective way to increase the popularity of the brand or an application.

The App Store as the main provider

The benchmark of the app market is called the App Store and is owned by Apple, or the Google Play Store. The positioning of the applications in the search results has a great impact on the number of downloads. There are many factors that influence the positioning despite everything, it is not known precisely how the indexing of the app in the Google search engine alters its positioning in the Play-search.

One of the main objectives of ASO is to generate a Conversion that, in the case of an app, means a download that, in turn, has the following objectives:

For any of these objectives, it is essential to increase the visibility of the app in one of the app stores.

Important features of the ASO

The measurements used in the ASO optimization they are quite similar for the different app stores. The following aspects can help improve the positioning of an app in the search results of an app store:

In the Google Play search engine the following factors are very important:

To increase the conversion the following factors are used:

The ASO It gives SEO the opportunity to expand their competencies in the field of mobile apps. Especially expert SEO agencies could add the ASO in their portfolio. With the expansion of mobile devices and their optimization, apps will become an important factor for SEO.