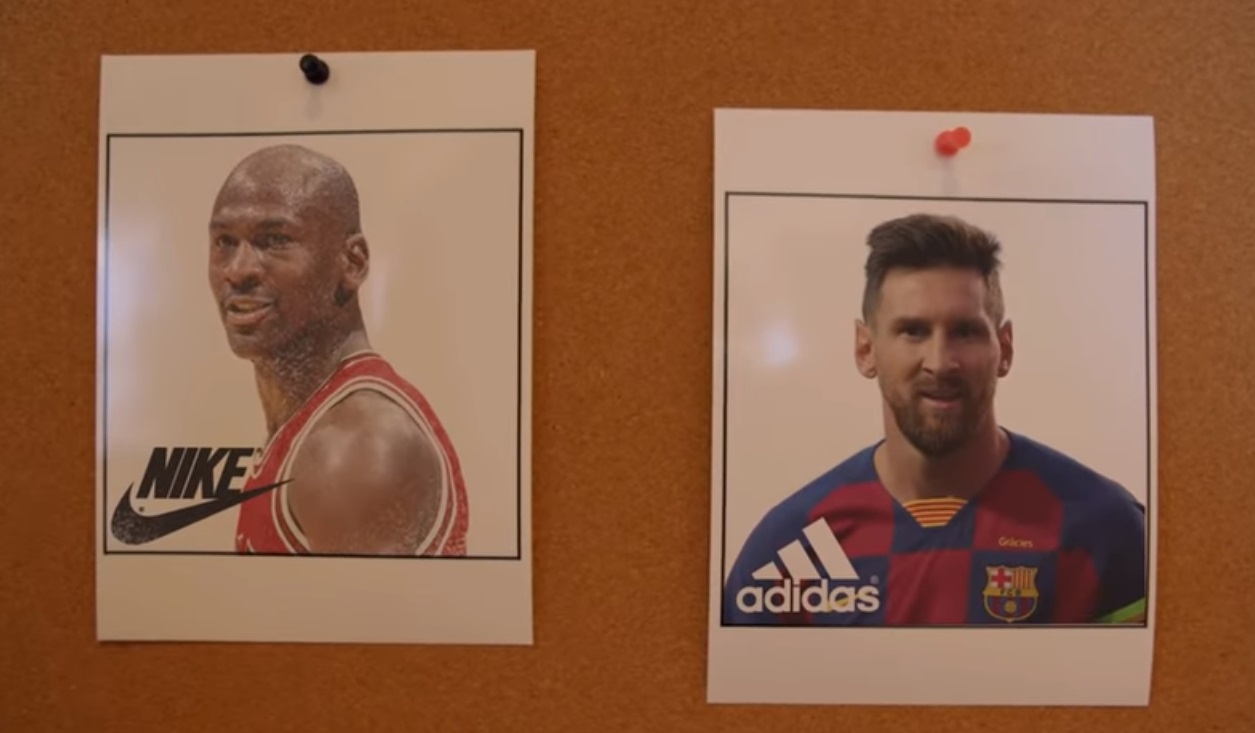 How did Messi become the highest paid athlete in the world?

How much is the Messi brand worth?

Since the leak, everyone knows exactly how much Messi costs the club. But it is much more difficult to find out how much Messi brings to Barça. From a purely business perspective, there are many sources of direct and indirect income that Messi creates. Sale of shirts, tickets and sponsorships: how much does Messi generate? How big is the Messi brand? 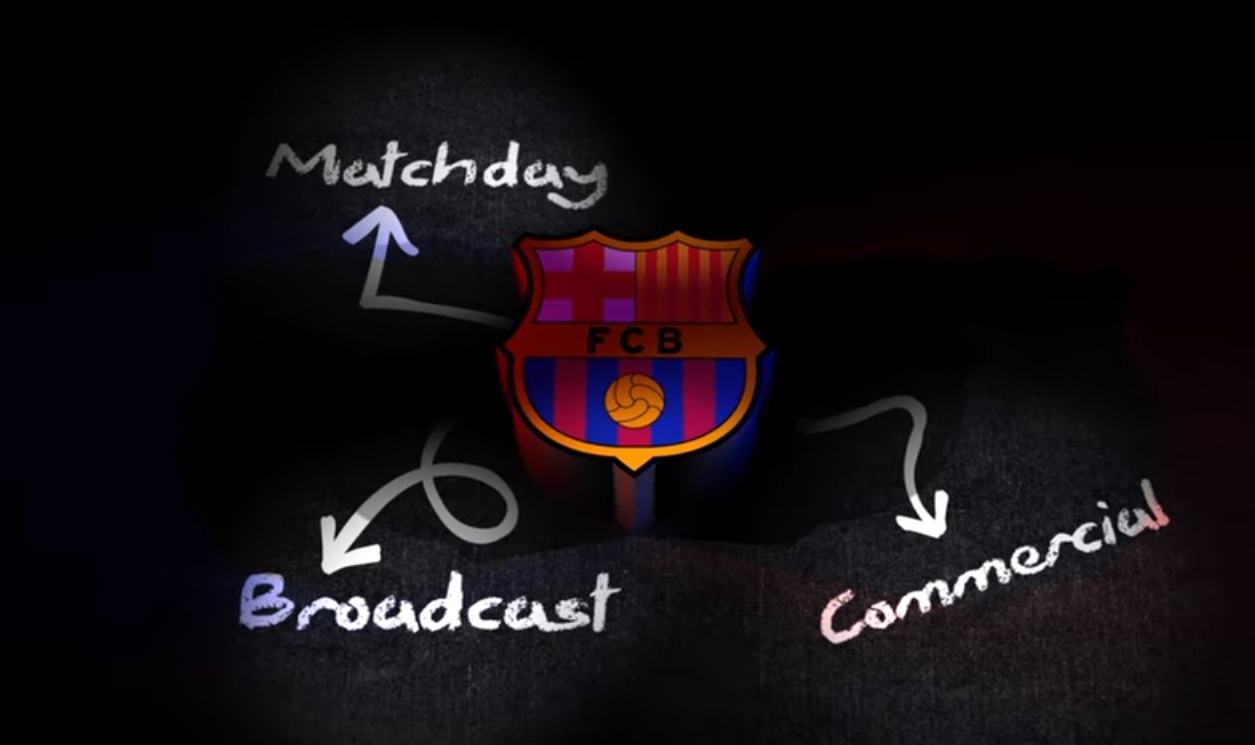 The sources of income of football clubs are very varied

The story about Messi's huge salary fell on highly explosive ground. In August, Messi had sent Barça an already famous fax message announcing that, after 20 years at the club, he now wants to leave.. The move nearly broke the internet and generated a significant media response. The following days Messi and his father, who also acts as his agent, continued to argue with Barça and La Liga about the specific terms of the contract and whether Messi could terminate it.

To complete the public relations disaster, Messi changed his mind a couple of days later and explained that he would stay after all. In addition to the rumors about Messi's departure, Barça has serious financial problems with a debt of more than 1,000 million euros.

The club is reportedly even struggling to pay its players' salaries on time and is said to be "on the brink of bankruptcy." After suffering their first season without a trophy since 2008, Barça find themselves in limbo off the pitch. A combination of his performance on the field and his financial situation caused the club's members to cast a vote of no confidence in President Josep Maria Bartomeu, which led to his resignation along with the entire board of directors. 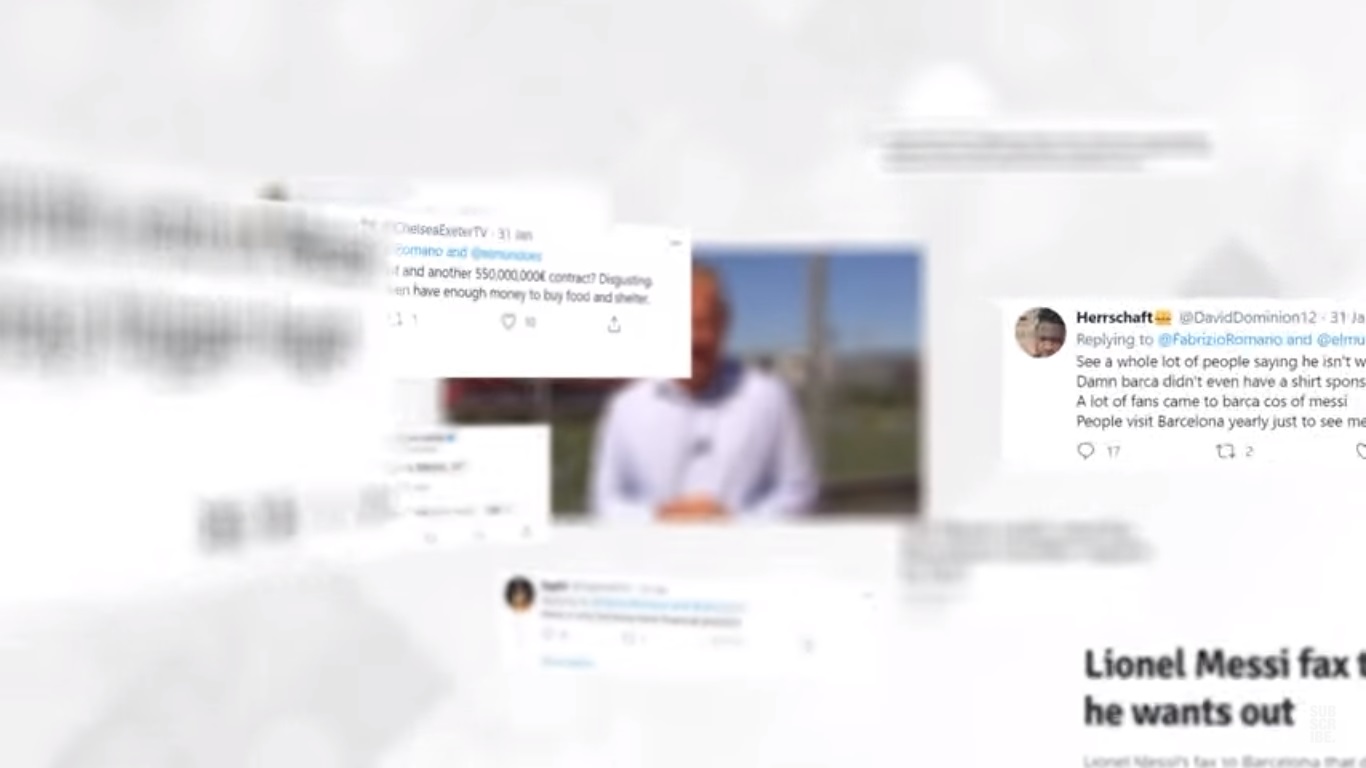 That environment makes it hard to explain why paying hundreds of millions to a single player is a good idea. However, we are not talking about any player, but about Messi. Six-time Ballon d'Or winner, one of the biggest stars of the world's most popular sport. Messi was crowned the most marketable athlete in 2020, and that marketability should also have an impact on Barcas' revenue. How does it influence the finances of Barça?

The truth about finances

Barcelona is the football club with the highest income in the world. Barça have led the Deloitte Football Money League for the past few years and won more than 700 million euros in the 19/20 season, followed by Real and Bayern.

Barcas' main sources of income are: Matchday, Broadcast and Commercial. Let's start with Commercial, which also means endorsements. At the top of the club's agenda are contract renewals with Rakuten and Beko, its two biggest sponsors after uniform supplier Nike.

Barça is not the only organization that benefits from having Messi. The UEFA champions league and the Argentine soccer team benefit from higher broadcasting rights by having their presence.

Barça first signed with Rakuten in a deal worth 55 million euros a year for four seasons in 2017. Having Messi on the team was probably a convincing argument. Rakuten's CEO (Hiroshi “Mickey” Mikitani) even mentioned Messi by name when he announced the deal. That could be a clue as to why the latest contract extension was only for one year and was reported to be significantly less, at just 30 million.

The uncertainty around Messi's departure from the club beat the price in negotiations with sponsors. The same can be said of the negotiations with Beko, Barça's manga sponsor and official training partner. His current contract is estimated at 57 million euros over three seasons and although it will run out this summer, the matches have not yet managed to extend it.

Like Rakuten, Beko is reportedly unwilling to commit to an extension of more than a year. When you sell the Barcelona brand around the world, you wear Messi's face. In the current circumstances, no company wants to risk and invest too much or for too long because they do not know what the club is worth without it. It is even said that Barça is offering potential partners two variants of collaboration: one with Messi as the face of the campaign and the other without him.

Messi's option is said to cost up to 50 percent more. Whether it's internal marketing staff or outside analysts - they hold Messi responsible for 20 to 30 percent of the club's most recent revenue. "Messi generates more than what you spend on him", dijo el ex presidente y reciente titular Joan Laporta a un periódico suizo: «Toma un contrato de patrocinio (…): si Leo no está, el precio es diferente».

8 out of 10 Barça jerseys are sold with Messi's name.

Then there are the revenue from merchandising and "match day's." In the 18/19 season, Barça earned € 60 million in merchandising, including the sale of shirts, and more than € 90 (93.7) million on match days, including tickets and hospitality in the VIP areas of the Stadium. Of the 60 million merchandising, how many shirts have the name of Messi ?. It is difficult to find exact figures, but it has been reported that no other player in the world sells more shirts than Messi. 8 out of 10 Barça jerseys are sold with Messi's name. That is also in line with the soccer.com data, that Messi's jersey was the top seller in the United States, followed by Christian Pulisic and Cristiano Ronaldo. That's remarkable considering the rapid growth and importance of the US soccer market.

But even without taking into account the printed jerseys: how many blank jerseys without a name on the back are sold to people when they arrive at the Camp Nou, for the unique experience of seeing a Barça team with the best player in the world? Again, this is hard to say, but Barça's annual statement gives a breakdown between the income of the members and the purchasers of unique tickets for each game. The club sells approximately 900,000 tickets each year to unique visitors and 15,000 VIP packages.

That generated more than 90 million euros in the 18/19 season (71.6 for tickets and 22 million VIP). That is much more than the 60 million euros that Barça won in membership fees and season tickets. It means that, from a purely financial point of view, occasional visitors are more valuable to Barça than its members, that they are also not likely to buy a new jersey every time they visit the stadium.

Barça has known the impact of the departure of a single superstar since Neymar left the club to join Paris Saint-Germain in 2017. The club lost three regional partners in Brazil and Sony did not extend its contract as a global sponsor. "Neymar is a guy who likes to film advertisements, who brings sponsors no matter what happens." And despite all the positive impact we mentioned on Messi, this is actually a missing point.

Why is Messi not as valuable as Jordan?

Unlike Neymar and Ronaldo, Messi does not enjoy filming commercials and has never focused too much on building his own brand. At the beginning and even at the peak of his career, Messi was often compared to Michael Jordan.

MJ23 is often compared to L10 for its marketing capabilities

The argument was that Messi would shape an era and become an icon and brand similar to the one Michael Jordan ran alongside Nike and the game of basketball. Soccer is even more popular around the world than basketball, so it was thought that all the conditions for a similar success story were met.

While Messi is undoubtedly one of the greatest in his sport, the marketing created by Adidas and he did not reach its full potential. As great as Messi is today in terms of his sporting legacy, from a brand marketing standpoint, he didn't become the next Michael Jordan. Michael Jordan has always been the athlete who has been used as a universal device for measuring greatness. 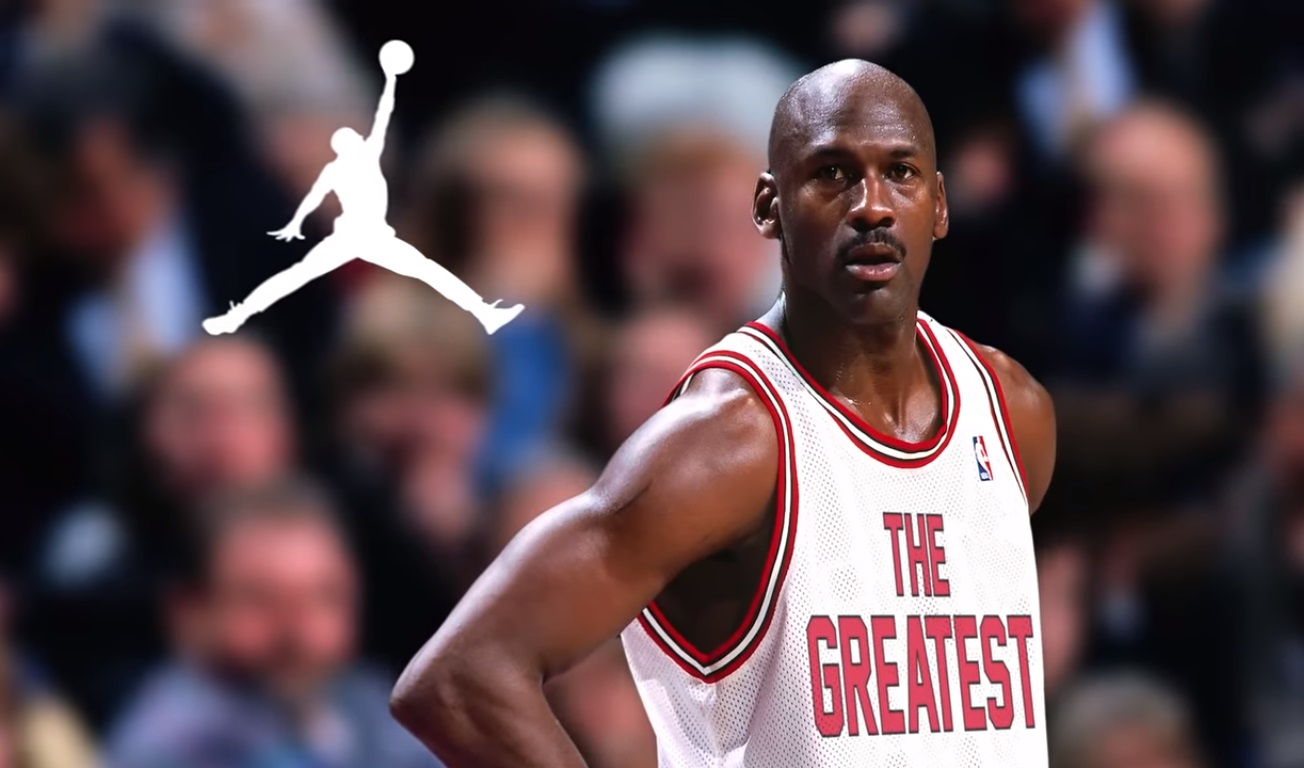 The Michael Jordan-related brand is a $ 3 trillion business

Nike built a whole new brand on Jordan's success, which is now a three billion dollar standalone business. Adidas and Messi, on the other hand, did not come close to the hype created by Jordan. The campaigns and products with Messi are very limited and it seems that Adidas is not completely "all in" with Messi, or vice versa. We still have to wait and see Messi's impact among the global media and youth around the world once his career is over. Right now, he still doesn't match Jordan's impact.

The economic dependence of the Barca

However, its marketability is outstanding and its impact on Barça's finances is likely to be significant. But although experts estimate that Barça got most of its benefits thanks to Messi, there is another factor to take into account when analyzing the situation from a purely business point of view. An organization should never depend on a single cash cow product.

The risk is too high. At the moment, it seems that Barça's business model depends a lot on Messi's source of income. But even if he stays at the club (we'll see what happens with the arrival of his friend, Kun Aguero, from the Manchester City), it will eventually be withdrawn and its marketability will cease. The club must be more important than each of its individuals. Unless Messi builds the same brand legacy as Michael Jordan, he won't stay with the club forever.

The cost of having Messi

Messi is best known for the extensive endorsement deals he has signed throughout his career.

Chief among them is his lifetime contract with Adidas. In 2017, Messi signed a permanent agreement with Adidas that pays him more than $ 12 million per year. Messi signed his first sponsorship deal with Adidas in 2006 and has remained with the sportswear company throughout his career.

Along with Lionel Messi's salary in Barcelona, ​​the ten-time LaLiga winner's endorsements and endorsement deals have played an important role in helping him become a billionaire. Forbes reports suggest Messi earns around $ 34 million (€ 28 million) through endorsements. And one of his biggest deals came about by signing a partnership agreement with sportswear brand Adidas. Messi reportedly signed a lifetime contract with Adidas in 2017, which raises more than $ 12 million (€ 10 million) each year. Messi has also signed deals with Pepsi, Gatorade, Huawei, Mastercard, and a number of other famous brands that have brought him a lot of revenue over the years.

Although Lionel Messi began his senior career at Barcelona in 2004, it didn't take long for the club to realize that the young Argentine was far above the rest of the players emerging through La Masia. In 2007, at just 20 years old, Messi signed a contract extension with the Spanish giants that saw him earn around $ 116,000 (€ 98,000) per week. At such a tender age, Messi was already one of the highest paid players in the club.

Since then, Lionel Messi has made millions each year and is regularly featured on Forbes' annual list of the 10 highest-paid footballers. In 2015, Messi's salary amounted to $ 51.8 million (€ 44 million), but it has almost doubled in the last five years. Messi's fixed salary in Barcelona is around 92 million dollars (78 million euros), but with bonuses and winning trophies, that number only increases. Forbes claimed that Lionel Messi will earn a whopping 126 million dollars (106 million euros) this year.

How did social media change to Formula One?

PSG: the most fashionable football club

How did Messi become the highest paid athlete in the world? 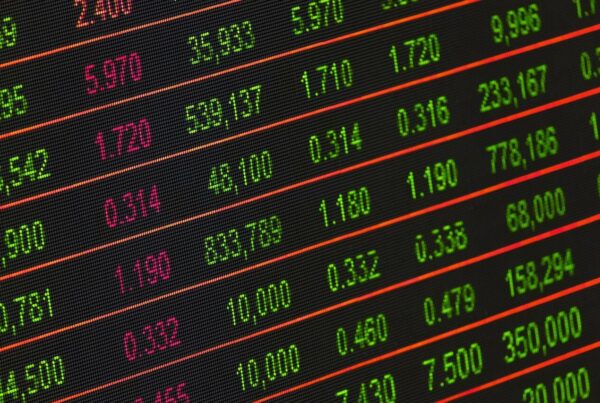 Discover the importance of having a good electricity rate 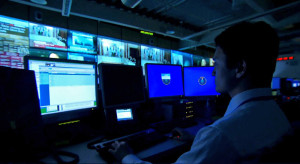 How to use Google's advanced search and improve your searches