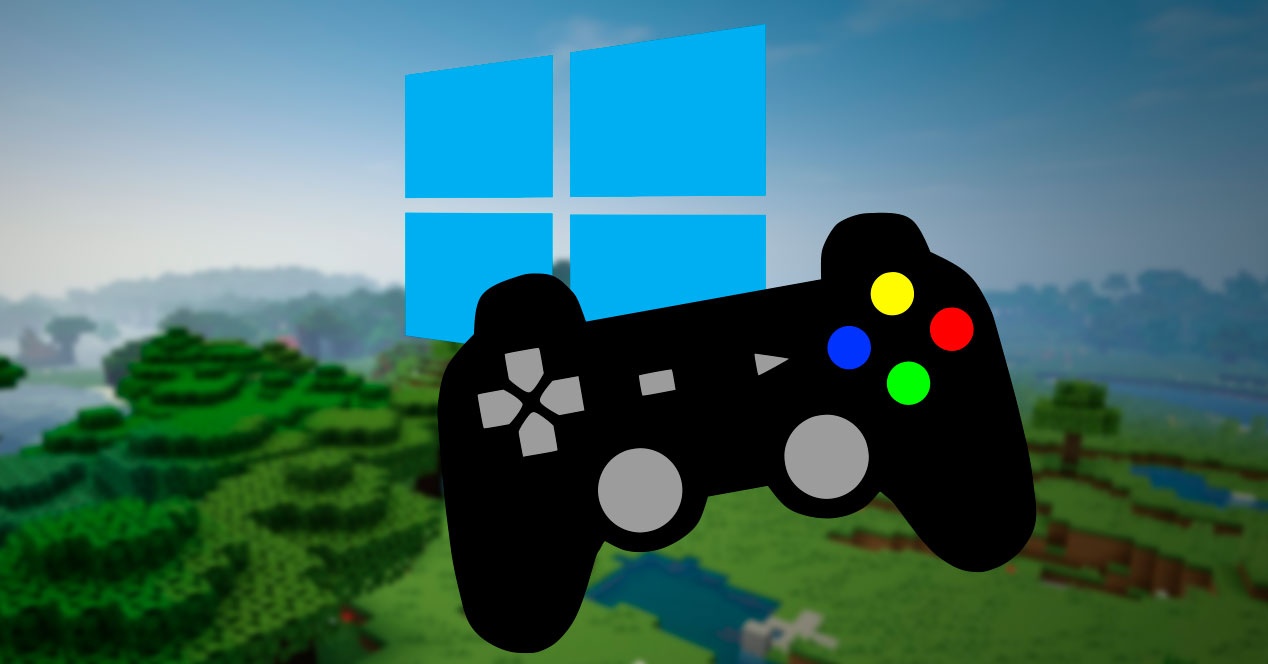 So you can download Minecraft for free for Windows

This game takes us to a sandbox world made up of 3D cubes with no other specific objective than to survive. Users can do whatever they want inside the litter box, from building the house (or world) of their dreams to collecting all the items on the farm.

At the same time, how could it be less, Minecraft at the same time has a multiplayer mode, both local and LAN and via the Internet with servers. This game mode allows multiple players to interact with each other and with the environment in the same world.

Minecraft has always been developed in Java. This made it possible for this game to be available from the beginning for Windows, macOS, and Linux, while also offering cross-platform online games.

Minecraft is a paid game. If we want to unlock all its options and functions, we have to buy a license of the game on its website that has a cost of 24 euros. It is not exactly cheap, although it is not one of the most expensive considering everything it offers and the price of current games.

Today it is possible to download two versions of this game, the first, the original, based on Java, and a completely renewed version optimized for Windows 10 and the UWP platform.

Both versions are paid. But if we want to test the game before trying it (or if we don't mind using it with the limitations), we can download minecraft free trial from the following link. 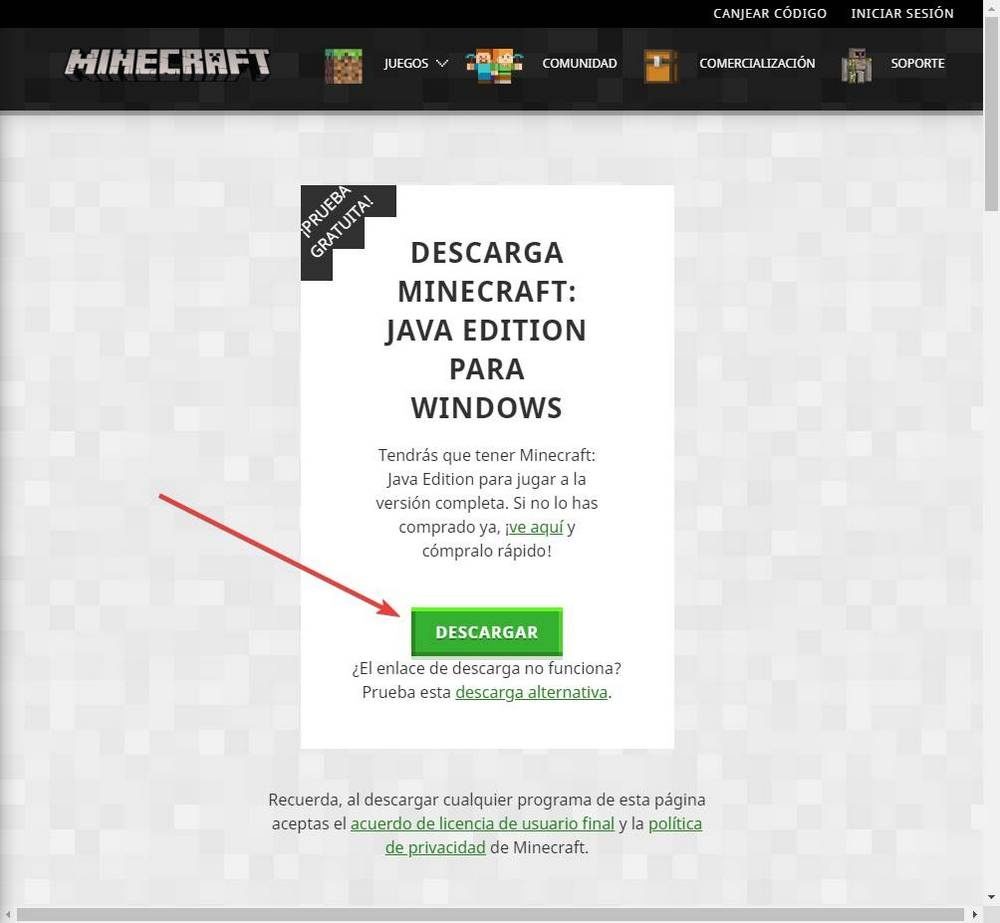 When downloading Minecraft, we will download an installer (msi) that we need to run on our computer. This will take care of downloading the game from Microsoft's servers, configuring the Java machine and launching the game. We will need to be registered in Mojang to have access to the world of Minecraft. 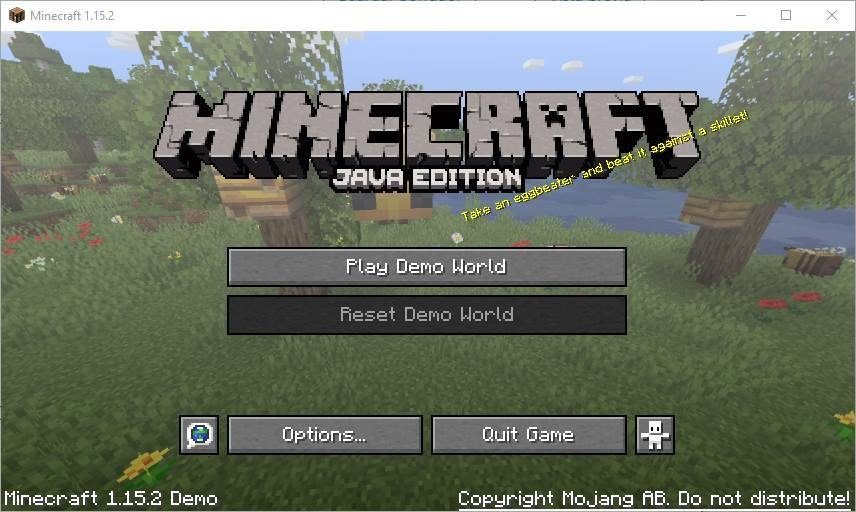 If we don't want to use the original Java-based edition and want to try the Windows 10 edition, all we have to do is download the free trial version of Minecraft UWP from the Microsoft Store. How to buy the full version of Minecraft

If we want to unlock all the functions and features of Minecraft, we have to get a full license of this game. For this we just have to go to following link and we select the version we want to buy: 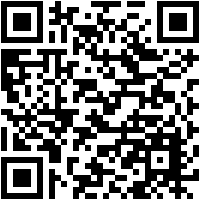 Both versions will allow us to make the most of the experience of this sandbox game. Regardless, we have to choose the edition that best suits our needs, whether we want to pay less or have a more complete experience (albeit with a lot of in-game content to spend the money on).

Differences of Minecraft in Java and version for Windows 10

Regardless, the Windows 10 edition has a number of plugins to enhance the player experience that are not available in the Java edition. 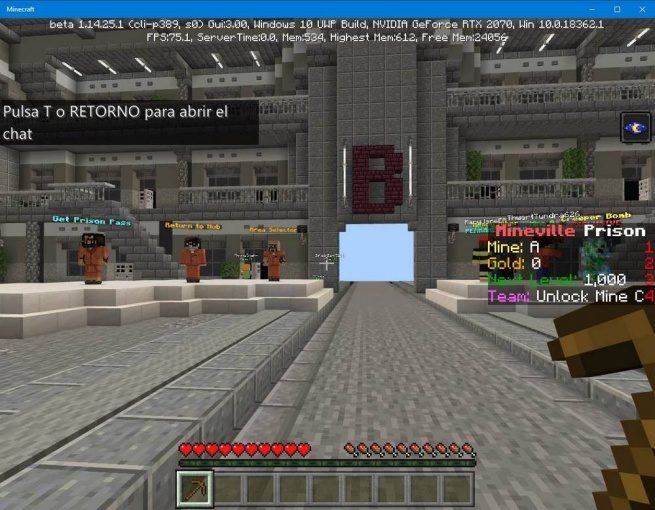 Otherwise, the Windows 10 and Java versions are the same. Both are mod compatible, allow you to rent Microsoft servers, host private servers, and allow games over LAN and Wi-Fi.

Along with the large amount of content available for Minecraft, users create their own content, in the form of mods, that anyone can freely download and play. Regardless, since Mojang has never objected to mods, it doesn't offer a very easy way to apply them either. Therefore, it is necessary to resort to specific software, called minecraft forge, which will allow us to do so.

Once we have the program, we execute it so that it is already loaded into memory. The next step will be to search the Internet for the mod we want to use. There are several websites and communities that specialize in distributing these types of changes. So over time, we have to search until we find the customization that we like the most.

Once downloaded, it must be copied to the game directory:

We can copy it without problem in compressed format. Intelligent. Now what we have to do is open Minecraft from its launcher, as always, and load the "Forge" profile that will appear. In this way we can start playing the mod.

Try the beta version of Minecraft

Despite being over 11 years old, Minecraft is still making money. And in this way, Microsoft continues to update the game adding all kinds of features and functions. One of the latest additions is ray tracing, or RTX, which makes the game look completely different. 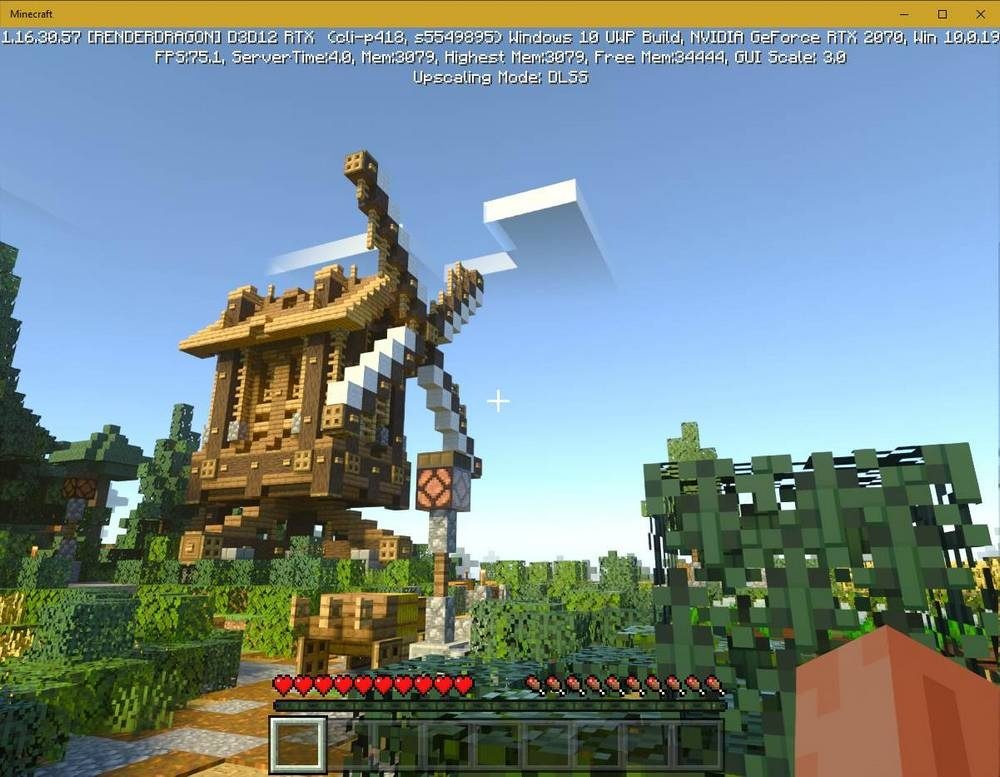 Although sooner or later all these functions reach all users, first they go through the beta branch. This branch is accessible to all users, so anyone can subscribe and download it to try these new features before everyone else. To do this, the first thing you need to do is join the Xbox Insider program. And we have to do it from the "Xbox Insider Hub" application. Once inside, we will locate the Minecraft entry for Windows 10 and enter the Insider options that it offers us. As we will see, all the test groups in the game will appear. We select the one we want and that's it. For example, we joined the RTX group. 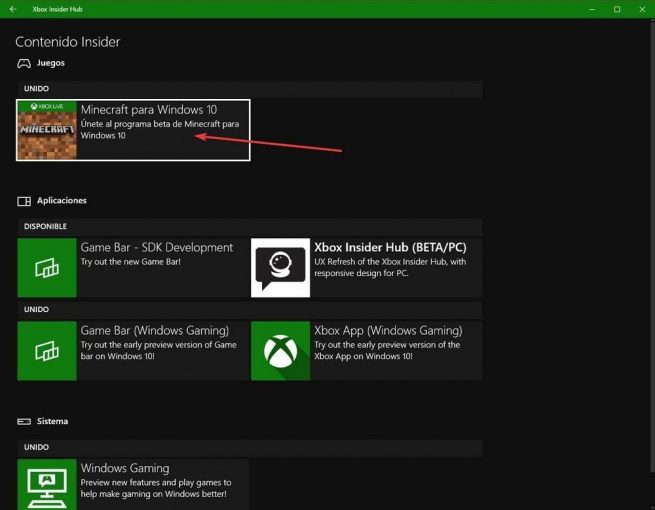 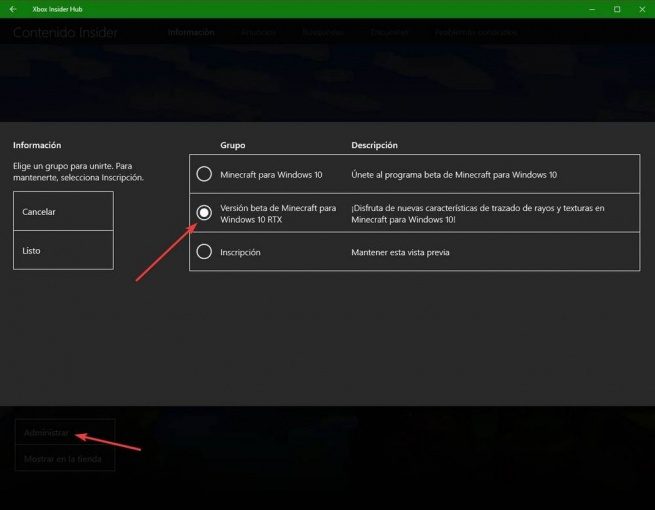 When we are inside, what we have to do is go to the Microsoft Store and download Minecraft as usual. If we already have it installed, we will need to update it as an additional application, from the store, to download the beta to which we registered.

We can start playing this version and have access to improvements and news before anyone else. 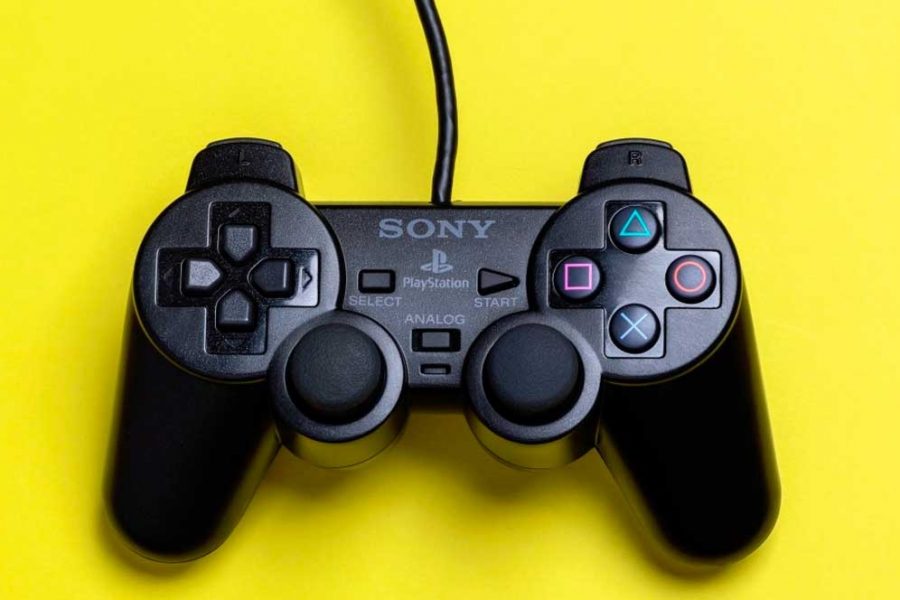 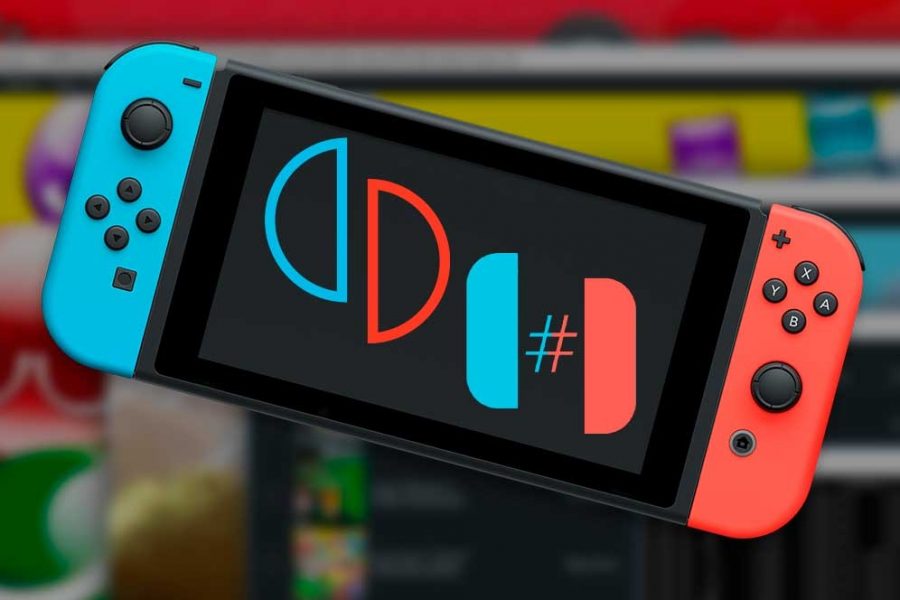 Don't have a Nintendo Switch? These emulators allow you to play on your PC